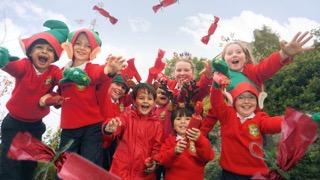 A Dublin primary school is this month attempting to break the World Record for the most Christmas crackers pulled simultaneously in one line.

The 662 pupils at The Harold School in Glasthule, in south County Dublin have been busy in their classrooms crafting their own crackers out of recycled material including cardboard toilet roll tubes, to make sure their record-breaking attempt goes off with a bang.

Please see attached photos as well as a video below of how to make the crackers from our pupils in 5th and 6th class.

The festive fundraiser for the school is taking place outside in Hudson Field, opposite the Harold School from 11am on Friday November the 18th, with parents, students from neighbouring secondary schools and over 50 staff from The Harold, set to pull together, to make sure the event goes off with a bang. The crackers will be pulled at midday.

A previous record was also set in Dublin, when more than 600 people gathered at the Grand Canal Docks in 2011 to pull 798 Christmas crackers at one time.

However, that record attempt was then smashed almost seven years ago on the 10th of December 2015 by the Harrodian School in Barnes in England who lined up 1081 people to pull crackers in a chain.

Dressed in their bright red school jumpers, the pupils of the Harold School are just bursting to smash this record. They are aiming to snap open at least 1200 crackers at this community event, which will be fuelled by lots of festive cheer, music, treats and some surprise guests on the day.

The school principal Dervla Nic Mhathúna said: “I am really proud of everyone in the school community, especially our pupils, for all their determination to get this event off the ground, for the creative ways they have tried to involve everyone in the preparations, big and small working together to make the event a sustainable one, where the materials used have been carefully selected so they are recyclable or compostable. They have gained valuable skills along the way as the turn something ordinary into a slice of Christmas magic.”

Directions to the event 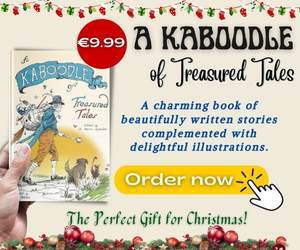 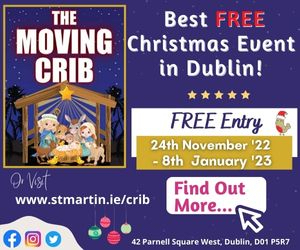